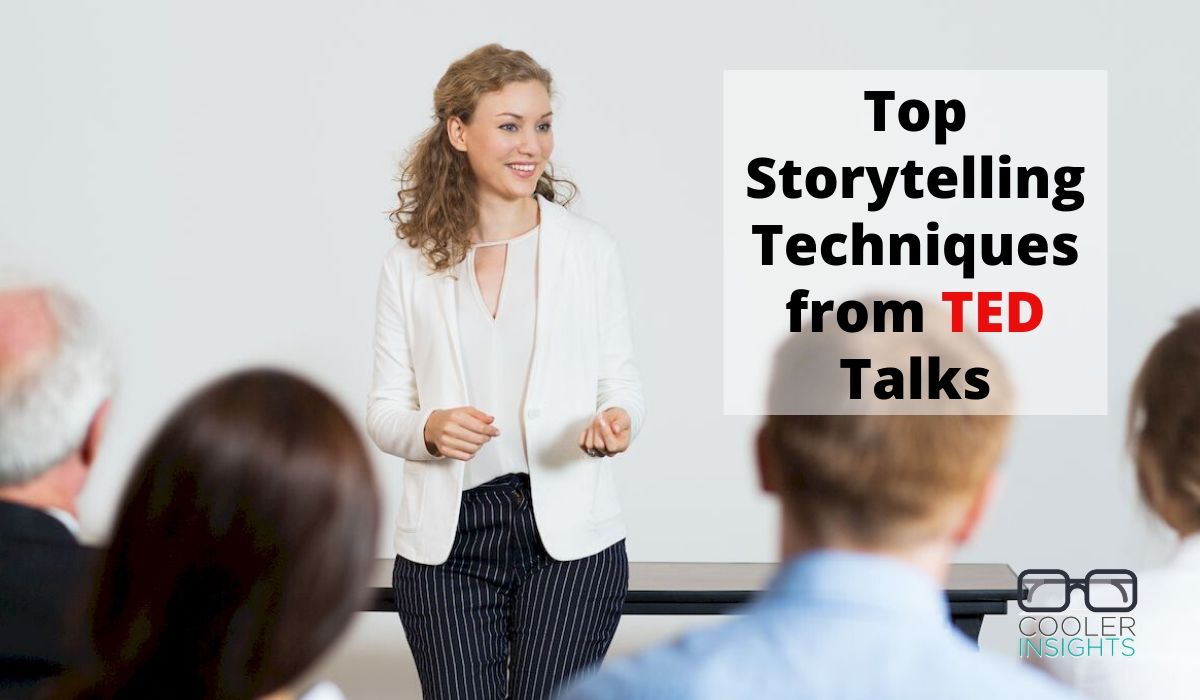 Do you love watching TED Talks? I sure do!

Some of the most inspiring TED Talks I watched came from thought leaders like Brene Brown, Sir Ken Robinson, and Shawn Achor, among others.

The one thing which many TED Talk speakers do well in—what you can consider as their ‘magic ingredient—is storytelling. Regaling the audience with tales of triumph, tragedy, trauma or tomfoolery, these august speakers could capture our attention over 18 minutes (or less).

Thanks to the book TED Talks Storytelling by public speaking expert Akash Karia, I learned a couple of the top storytelling techniques used in some of the most popular TED Talks.

While the book was written primarily for public speakers, I found that these TED Talk storytelling principles work equally well in content or social media marketing.

Wish to tell better stories like the most popular TED Talk speakers? Read on!

Start with a Story

To hook your content marketing audiences—be they online or offline—you should start with a story. This is especially critical in the first 10 to 15 seconds of your video, text, audio (for podcast), or speech.

Introductory remarks are boring, while stories are powerful because people are hardwired to listen to stories.

Stories can also take your audience on a mental journey. They function like a portal opening up your world to your audience, and affords them the ephemeral pleasure of escapism.

First-person vignettes and anecdotes are the most powerful form of storytelling content.

They give the audience ‘new material’ which they haven’t read or heard before. They also allow you to showcase the depth and breadth of your emotions—especially on videos.

Personal stories are more believable than fictitious fables, and they help to elicit greater empathy from your audience. They can also help you to build your personal brand.

Yes, it is gritty. You probably wouldn’t want to go through what she did.

But what works in making this presentation irresistible is conflict. In fact, the stronger the conflict, the more captivating a story would be.

(This was why Avengers End Game became the top performing superhero movie of all time—we’re talking about inter-galactic conflict here!)

Ask yourself these questions:

Bring Characters to Life with Details

Malcolm Gladwell is one of my favourite authors. I read and wrote a couple of book reviews on his books like David and Goliath, Outliers, What The Dog Saw, and The Tipping Point.

What Gladwell does very well in both his books and his presentations is his ability to bring his characters to life.

He does this by providing rich descriptions about the way they look, as well as sensory information that gives readers a mental image of his characters. These facts and figures help to embellish his story and make them come alive.

See how he describes both David and Goliath in this talk here:

Rather than tell people what your character is (“a hot-tempered young man”), you should use rich descriptions to show who they are (“red-faced with a perpetual snarl on his lips”).

Here are some examples of vivid descriptions of characters comparing the Show vs Tell technique of storytelling. 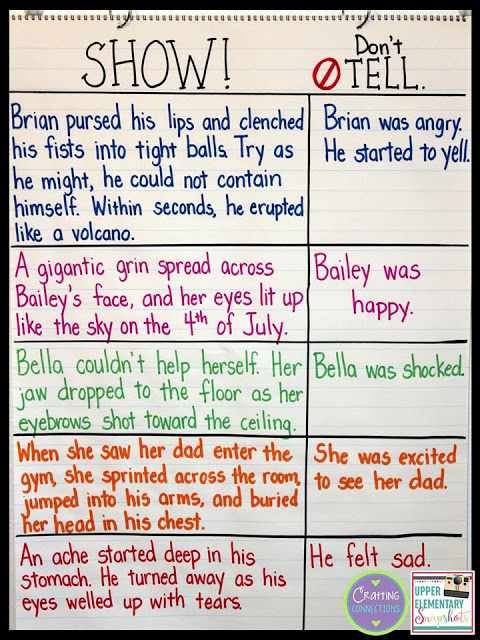 To further enrich your prose or presentation, consider engaging the five senses of your audience—sight, sound, touch, smell, and taste.

Providing descriptions that use as many of these senses as possible can help your audience to develop a mental motion picture of your characters and your stories.

These are also known as the VAKOG senses:

Here’s an example of a rich descriptive phrase using these sensory writing techniques:

“5.30 am. The “beep-beep-beep” of the sombre blue digital clock jolted him awake. Crumpled blankets tossed aside, he stretches his arm to tap the clock off. A whiff of fresh coffee caught his nose as rays of autumn sun caught the swirling motes of dust in the room…”

An age-old storytelling trick, adding specific details to your stories make them more believable. These details can also help to provide the right context to your audience.

You can also add these facts and figures to your own personal stories to make them resonate more soundly with your audience.

While there is a time and place for negative stories (ie “what not to do”), telling positive stories generally work better. This is because positive-message stories are inspiring and they leave your audiences on an emotional high.

Wherever possible, try to include the actual dialogue among your characters in the story. This would work better than just describing the scene.

Dialogues helps to pull audiences directly into the scene. It helps them to hear exactly what was said and to be present at the actual scene of the action.

Dialogue is also shorter and punchier than narration, and allows you (in a video) to inject emotion and vocal variety to your delivery.

Here’s one of the best dialogues ever written in movie history — well at least for geeks like me!

This three-in-one technique is a useful method to include in your storytelling efforts, and it goes like this:

Using the above elements, the following storytelling structure for TED Talks is proposed by Karia.

Note that the sequence may not always be in this direction (for example, the story could start in the middle of a conflict or a spark). However, it should roughly contain the following elements.

Perhaps the best example of this storytelling structure in play can be seen in Steve Jobs iconic address in Stanford University in 2005.

Ask yourself the following questions as your watch the video:

By applying the above principles, you’ll be better able to craft a compelling story regardless of your medium and format.

Which of these techniques do you find most useful? How would you apply it to your content marketing efforts?

Founder of Cooler Insights, I am a geek marketer with almost 24 years of senior management experience in marketing, public relations and strategic planning. Since becoming an entrepreneur 5 years ago, my team and I have helped 58 companies and over 2,200 trainees in digital marketing, focusing on content, social media and brand storytelling.
How to Craft a Winning Personal Brand Story
7 Improvements Your E-commerce Business Needs to Make Immediately